Bob Spear of Heartland Reviews gave Eclipsed by Shadow the book’s first pre-publication review by the publishing industry, which led to the honor of Eclipsed by Shadow being named a GRREAT Read (Gifted & Reluctant Readers Explore Amazing Titles):

This fascinating YA first book of a trilogy on the history of man’s relationships with the horse is particularly well done.

Meagan, a young teenager, witnesses the arrival of a new colt she names Promise. She enjoys socializing the colt and caring for him until it’s time for him to grow up with other colts. Several years later, the now young adult horse returns to Meagan’s horse farm to begin saddle training. Unfortunately, a crooked horse trainer is out to steal Promise. Meagan stumbles on the plot and manages to leap onto Promises back and jumps a fence in order to escape. Suddenly Promise sprouts wings and carries Meagan back in time to caveman times. Meagan falls off, only to find herself in the middle of a caveman horse hunt for fresh food. After a short time there, she jumps on another horse and finds herself as a slave in Rome , and then she moves forward to ride with the Mongols. After more hard times, she moves forward in time to the times of the Crusades, where the book ends with the reader anxious to know what is next.

This series teaches not only the history of Man’s relationship with the horse, but the history and day to day cultures of different civilizations of the past. We rated this first book five hearts.

“If the mainstream reviewers such as Kirkus, Foreword Magazine, and Bowker feel comfortable in charging for their reviews, I just can’t justify providing a free service any more. Over the past six years, I have read and written reviews for almost 2,000 books, at a great personal sacrifice for my family and me.”

Thank you, Mr. Spear, and best wishes for the future!

Eclipsed by Shadow is the first book of the new fiction trilogy, The Legend of the Great Horse, arriving this Summer with a fresh and original look at the colorful role of horses in civilization. The story follows the time-travel adventure of a modern horsewoman lost in history.

Further information about this unique and imaginative ‘creative non-fiction’ novel can be found at TheGreatHorse.com. 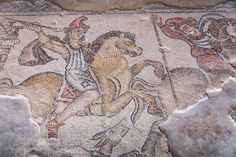 Except where copyright is specifically reserved, materials found on TheGreatHorse.com are licensed under a Creative Commons Attribution 3.0 Unported License.